In the last few years contemporary locus has disclosed several hidden and forgotten sites in the city of Bergamo, a task accomplished when contemporary artists accepted to work in, within and for these sites. The association now opens a new exhibition project inside the Edificio 1, a decommissioned office building in the former Tesmec factory, on the outskirts of Bergamo. The ninth edition involves an urban outskirts’ context: a former industrial plant, surrounded by sheds and disordered dwelling blocks, but bordering on the largest and most beautiful natural greenery in the Bergamo area.
It is the site where contemporary locus 9, curated by Paola Tognon, has invited an artists’ duo, Marie Cool and Fabio Balducci (1961 and 1964). Over the last twenty years Cool and Balducci have been praised internationally for a work with a strongly unique approach – both on the level of theory and practice.

This time, Cool and Balducci are engaged in a site-specific project that distills their own works and in-person actions to bring new life – new working life, indeed – to the Edificio 1 office building in the former Tesmec factory. 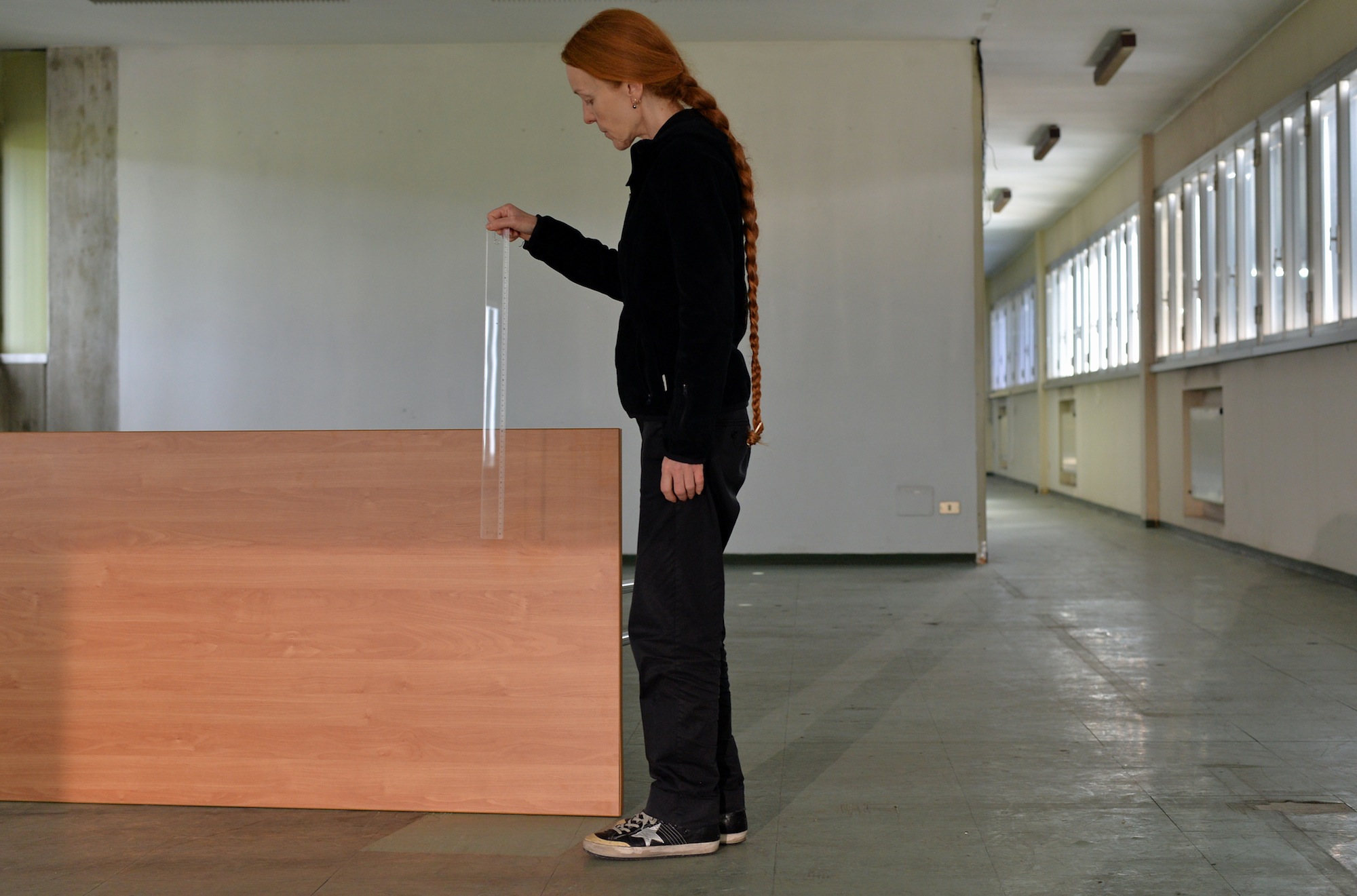 On weekdays from September 28 to October 11, eight hours a day, Cool and Balducci keep the Edificio 1 open and alive with their acting. Relevant scenes from the film that the duo is producing are also staged. The artists “do their job” independently from any visitors’ attendance, on a site that becomes artwork, office building, exhibition room and workspace at the same time. Later on, from October 12 to November 15, the Edificio 1 hosts a second part of the exhibition, with video documents and installations that track and retrace the duos’ production.
Cool and Balducci are shy in their work style, pragmatic in their relationship with the art system, and very determined in their purposes. Their narrative continuously considers and channels intimate artistic needs as much as historical and political ones. Their stream of references encompasses philosophy, literature and cinema, and moves between anarchy and mysticism, daily life and current affairs. Cool and Balducci’s binary system consists of extremely essential movements on the one hand – which show the artists’ ability to reach an exceptionally high level of concentration and poetry – and, on the other, the film they constantly shoot, the structure and the length of which are always changing. Drawings, installations and photographs add to the mix.
Cool and Balducci’s work can be metaphorically compared to the action of light: vital, but sharp and even cruel when it shows every detail in the early hours of the morning; warm and melancholic instead, even fading, at sunset. Vision and visions, by the way, are viewpoints that the duo is certainly familiar with.
The exhibition and the exploration of the site are accompanied by the contemporary locus 9 free app for Iphone and Ipad, developed by Elisa Bernardoni, with both Italian and English texts and images to expand on the works, artists and history of the location. 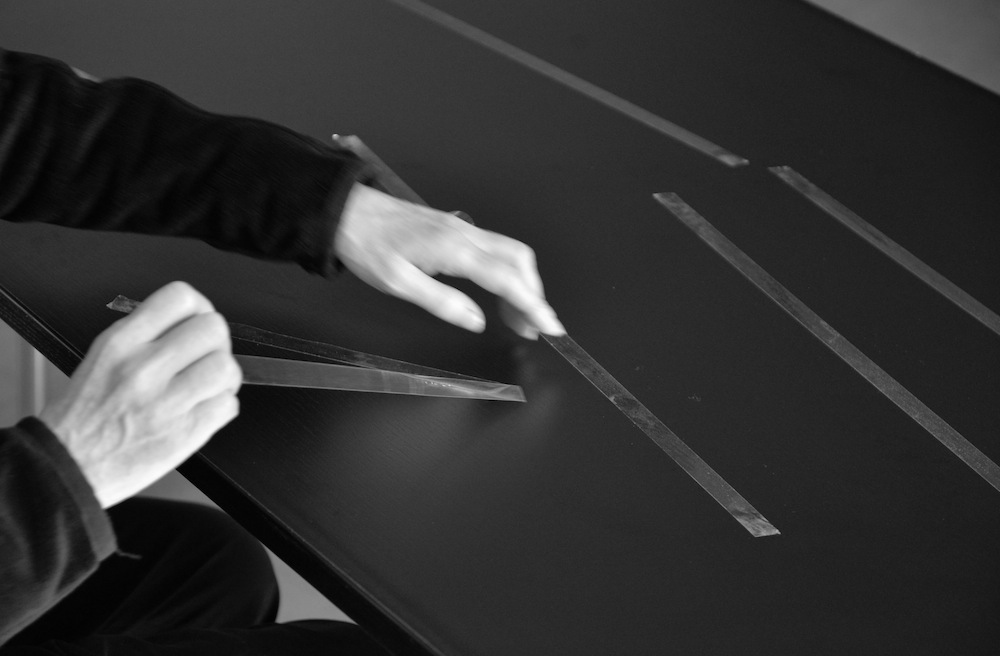 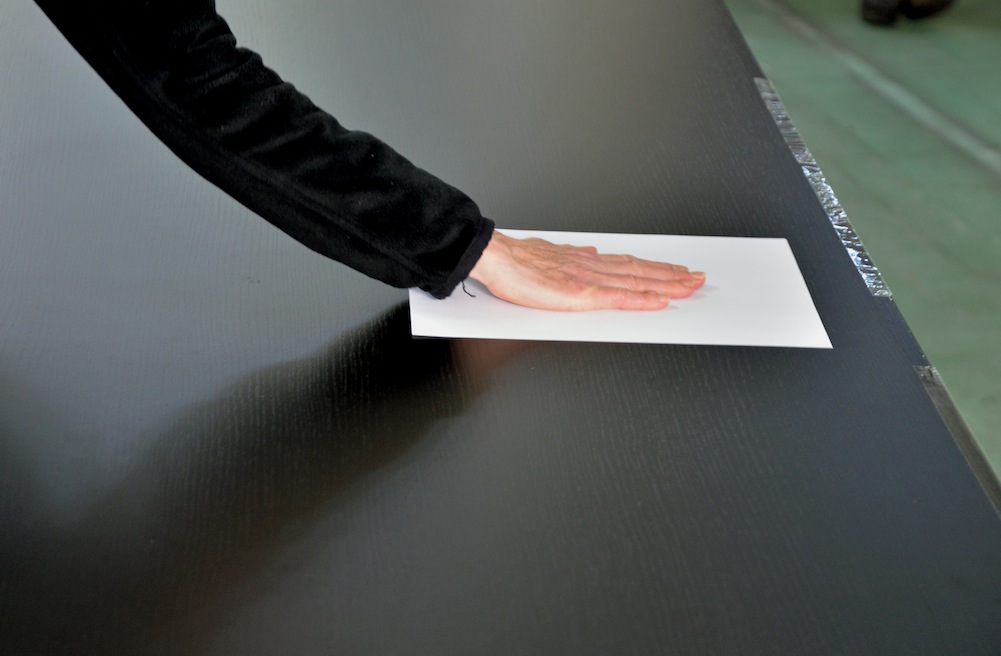 L’Area Tesmec
Curno, just outside the city borders of Bergamo, was the municipality where the young engineer Aldo Ghisalberti  had a new plant built, to accommodate his precision mechanical workshop. The business was initially named CRF, and had been established in Milan in 1951. In the early 1960s – when the Italian electricity sector underwent nationalization – CRF managed to acquire some crucial patents on stringing equipment for high-voltage lines from the Edison utility. Having changed its name to Tesmec, the company began exporting high-quality products for electrical contractors all over the world. It entered the Chinese market as early as in 1978, and the North American sector for trenches and pipelines machinery in 1984.
During the 1980s Tesmec employed over two hundred people. After 1987 however, the year when Ghisalberti died, production and factory split up. The plant was now encircled by heavy urbanization, and could not be expanded further. Production, under a different property, moved away.
Today, at the outskirts of Bergamo – among the southern limits of the huge Parco dei Colli greenery, the Longuelo district, and the new Strada Briantea road, with its disordered sheds and blocksv – the scale of the Tesmec Site is undeniably a challenge. A big decommissioned factory like this screams for requalification.
In 2013 Gianmarco Dodesini Valsecchi and the Okam architectural studio founded the Area Tesmec project, meant to redevelop the Tesmec Site and turn it into a center for enterprise culture and creativity.

L’edificio
The Tesmec buildings were among the first to take shape at the western feet of the Bergamo hills in the 1960s, something like an enclave with production sheds, factories and workshops. New dwellings for blue and white collars also grew nearby. The Tesmec Site developed gradually: it currently includes seven buildings, five of which are for industrial work, and two for clerks.
The Edificio 1, where contemporary locus 9 takes place, is an orthogonal 70 x 8 mt office building, with a reinforced concrete structure that spans three levels in height. Service rooms make for the ground floor, while the two upper levels consist of wide open spaces for blue collars. The neat concrete structure and the brise-soleil windows provide the main front, facing the road, with an intriguing look. 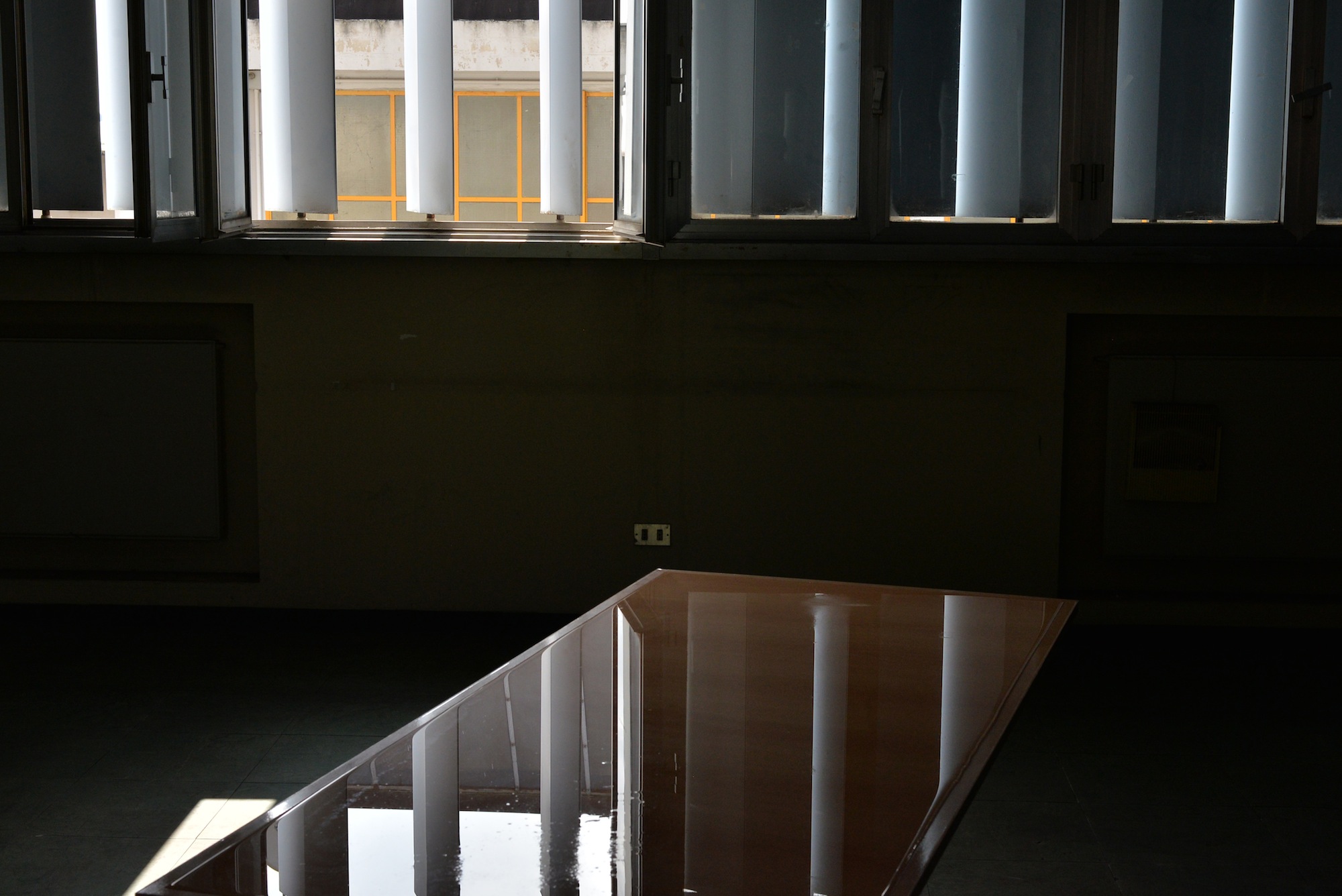 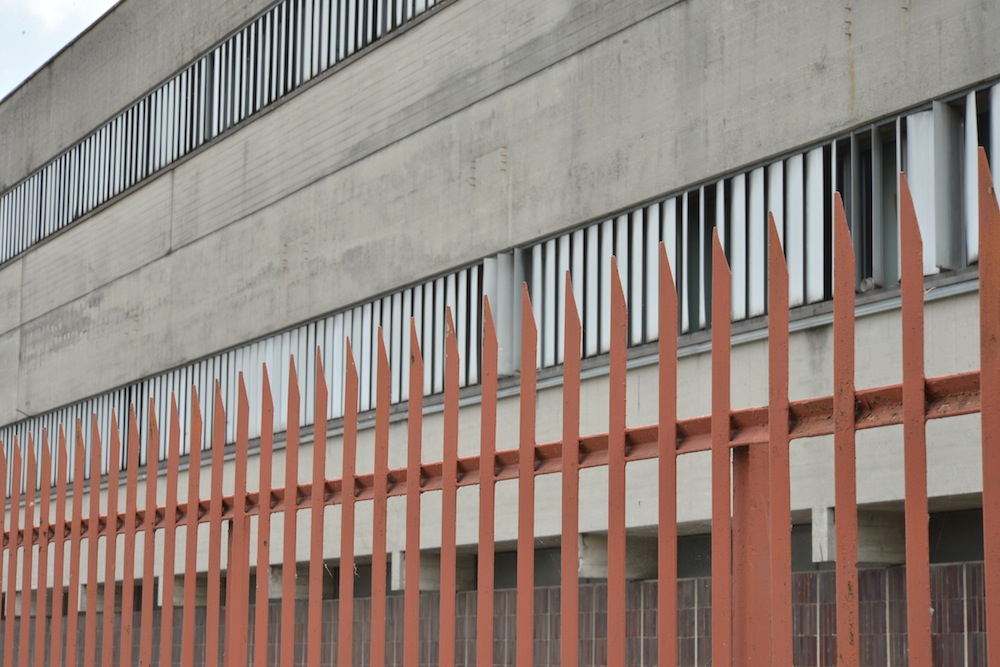 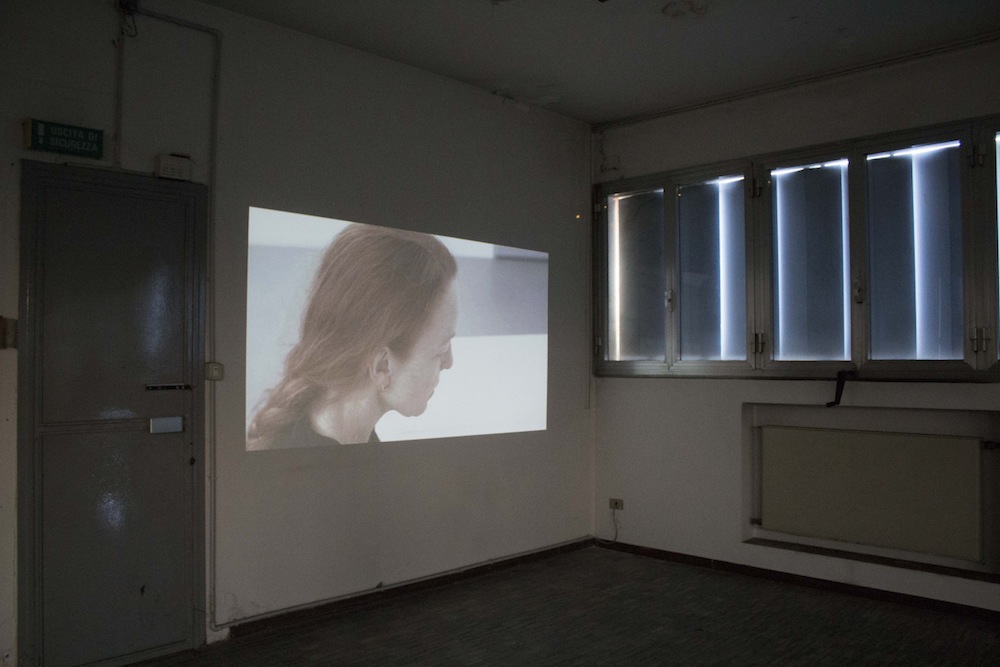