The power to take away from the oblivion, to unsettle; the ability to take something to a new beginning, without revolutions or declamations, means a slight shift of thoughts, spaces and poetics. The gift to activate a gaze that is able to reveal the power of the hidden and to give back what time made invisible to the eyes of the mind.
It is the premise of the 13th edition of Contemporary Locus to take this practice to the limits by inviting the artist Norma Jeane to work in a derelict taxi booking booth.
The tiny taxi booking booth, measuring 1x1x3 meters and made of glass and rusty iron, is situated in front of the Donizetti Theatre in the heart of the Centro Piacentiniano. Formally a place where horse carriages would stop, the taxi booth has been forgotten for years and time has worn its material/components down, mobile phones have revoked its function, and if you ask around, no-one remembers its presence. What’s left of its history is a landline with no phone you can answer from and the symbolic affections of the city association taxi drivers.
The artist Norma Jeane likes to create sidelong glances and peripheral conditions in order to stop the progressive and linear course of events and to create moments of physical and mental disorientation to provoke the onlookers and stop them in their tracks. The artist who was born in 1962, lives and works in Italy and in the USA as well as performing internationally. She works under the pseudonym of Norma Jeane. Her poetics are unsettling and her audience is either involved from the outside - as an observer - or from the inside - as an informed author able to take part to the disruption proposed by the artist. Norma Jeane reacts to contemporaneity by researching databases and shared experiences to create physical and mental spaces of resilience through interactive landscape installations. The artist also creates extreme light and sound conditions using high technology structures.

For Contemporary Locus 13 and her taxi booth project, Norma Jeane chose the title Blow Up, using a metaphor inspired in the movie of the same name by director Antonioni. When zooming into an image, what is small can become big, and what has not been considered relevant can turn into the protagonist.
The concept of party is another important element of this project: the little booth, silent during the day is going to be lit up at night and will be a party location every night over the course of the project (27th September to 18th November), with lights and sounds projected meticulously on the outside.
With Blow Up the artist accepts the challenge of the reduced space transforming it in a place of public gathering. Approaching the concept of a party as a rite of passage and transformation, the artist draws attention to the little cabin placing it under the spotlight again, only this time without touch ups and without alternating its future function. The local community of taxi drivers will also attend the party and they will freely decide how to take part in the celebrations.
Norma Jeane’s project Blow Up focusses on the awareness of a pure and simple moment of celebration and reminds us of a metaphysical dream, shifting between the atmosphere of Mean Streets, Martin Scorsese’s Taxi Driver, and the sound and light rhythms of 80s discos. This project represents for Contemporary Locus the beginning of a journey hand in hand with the artist who is also on show at EKKM, Tallin’s contemporary art museum this summer, with a project called Blow Out. 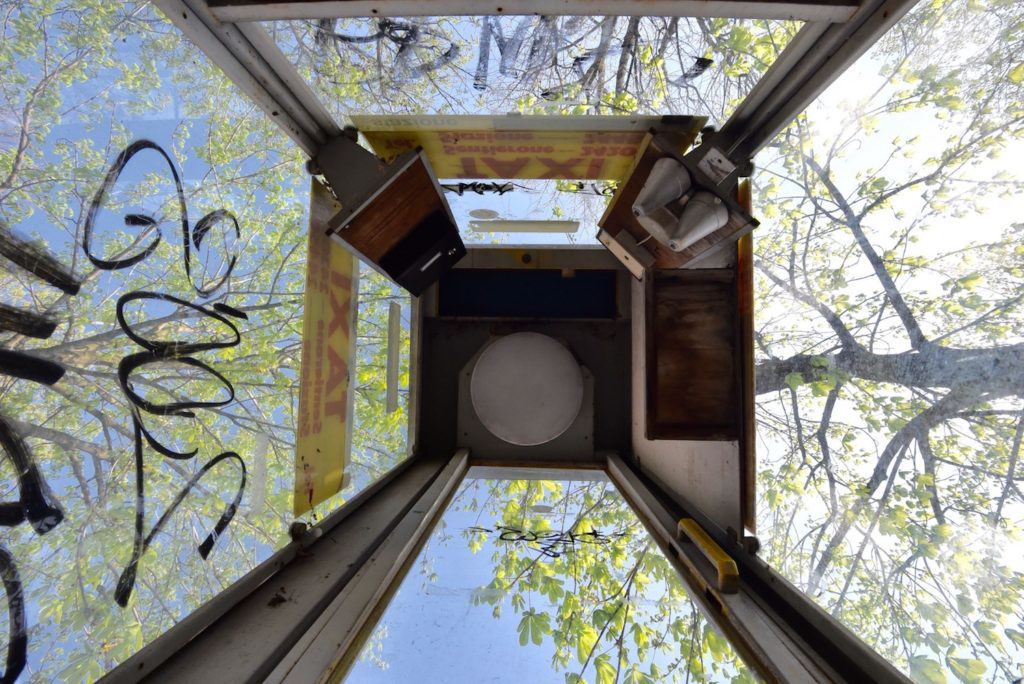 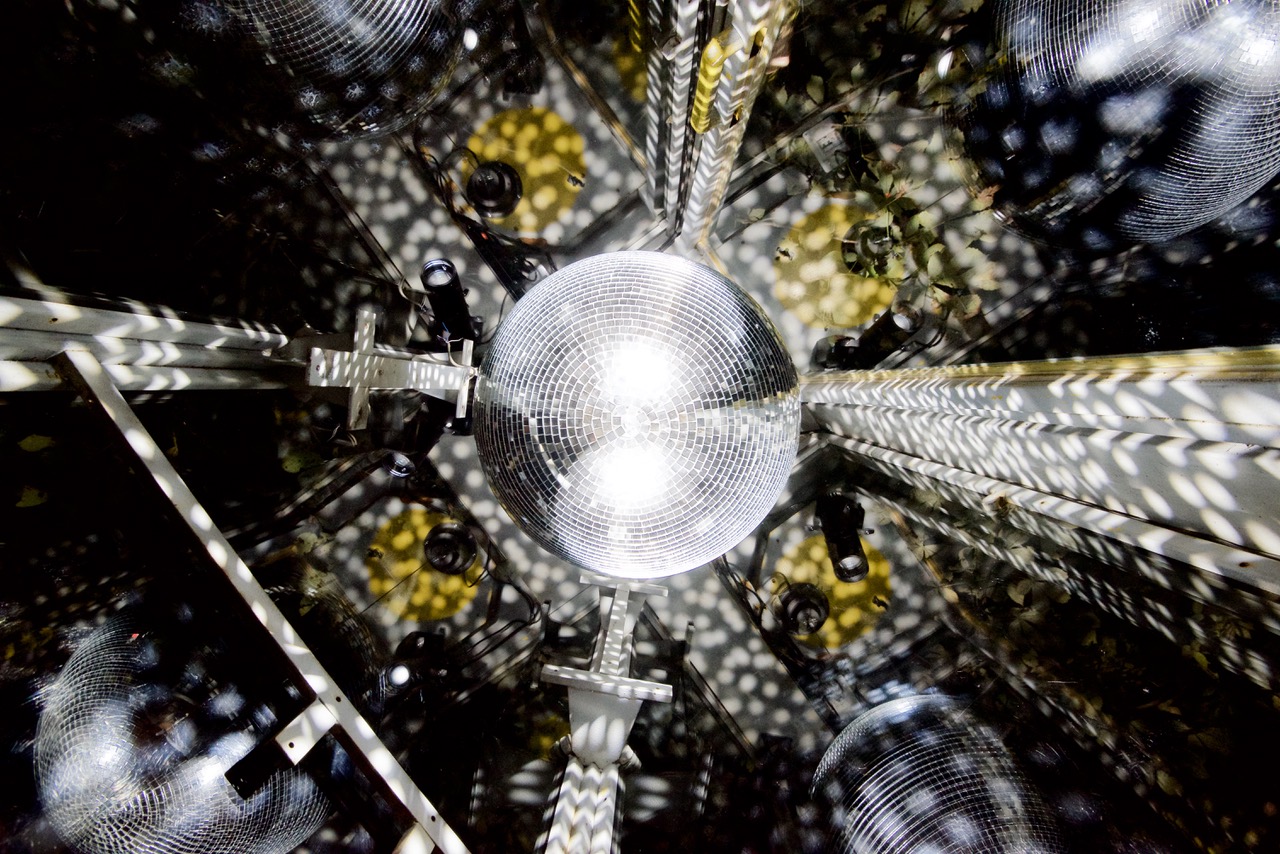 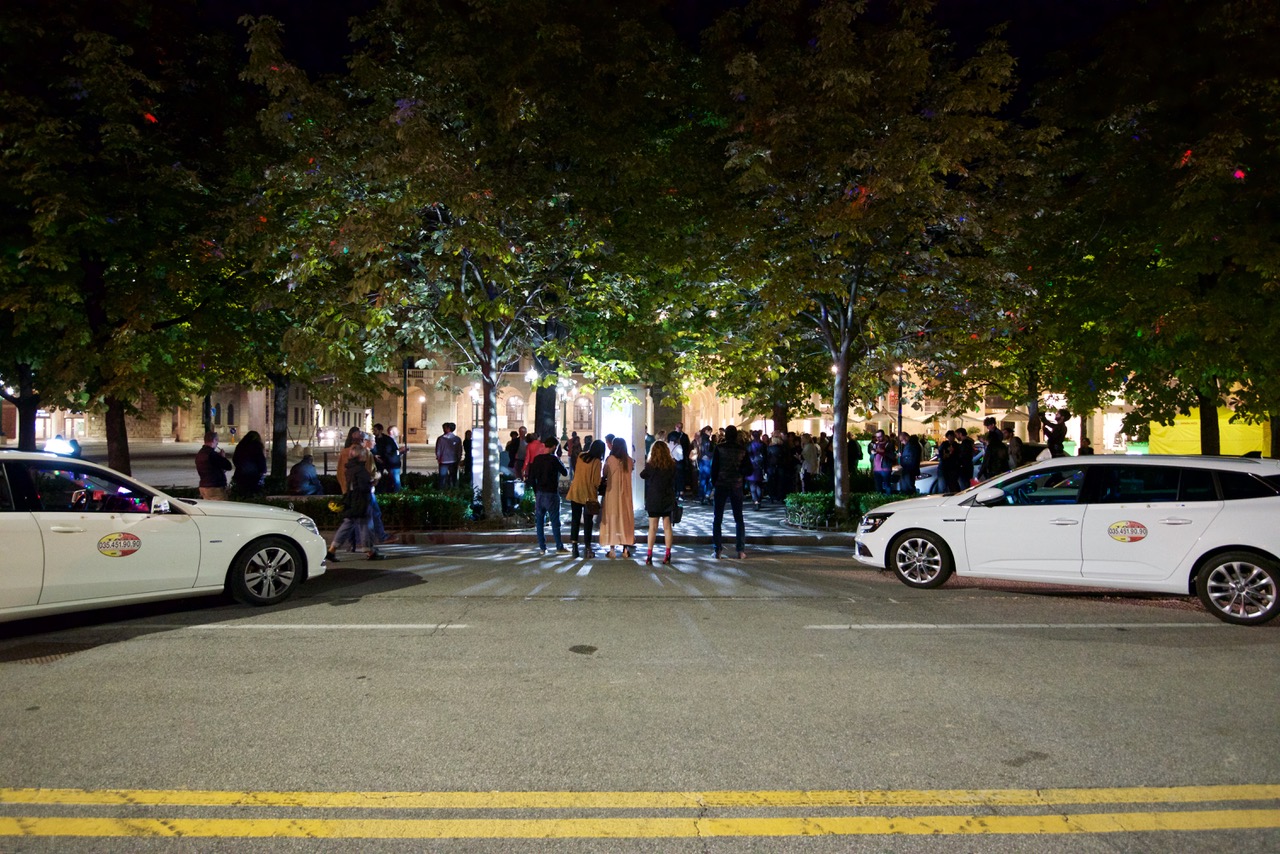 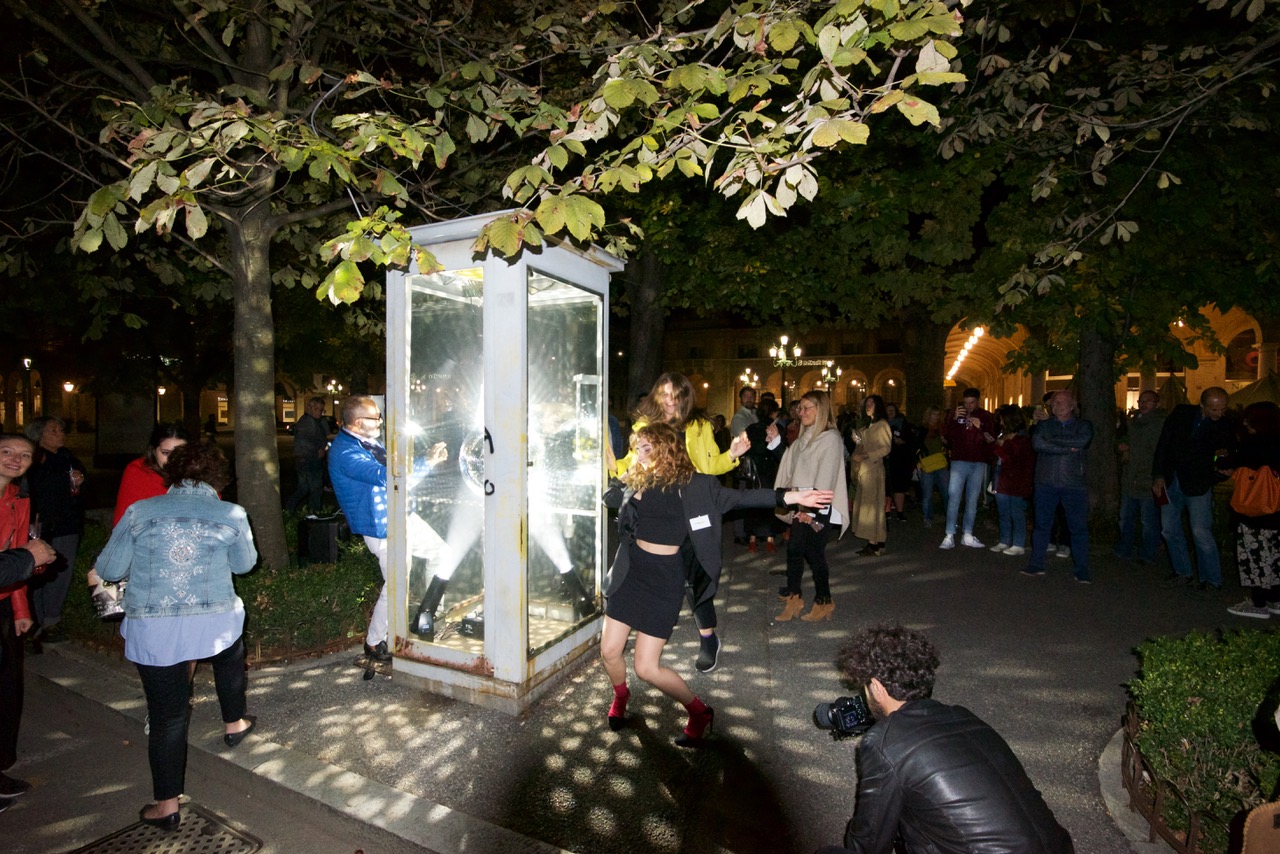 Norma Jeane is an artist who creates situations for lateral gazes and unexpected perspectives to emerge. They interrupt a linear development of events and determine moments of physical and mental disorientation, temporal disconnections, and unexpected reflections provoking or interrupting our habits. The practice of the artist – who has always worked under the pseudonym of Norma Jean – is characterised by a poetics of disruption in which the visitor is involved as an agent, either external – observing but not acting – or internal – conscious of his participation in the act of disturbance proposed by the artist. Norma Jean reacts to our contemporary condition by creating physical and mental spaces of resilience through immersive installations, often altered by the visitors, high-tec structures that create extreme acoustic or lighting conditions, but also through a research based on collecting data or shared experiences. 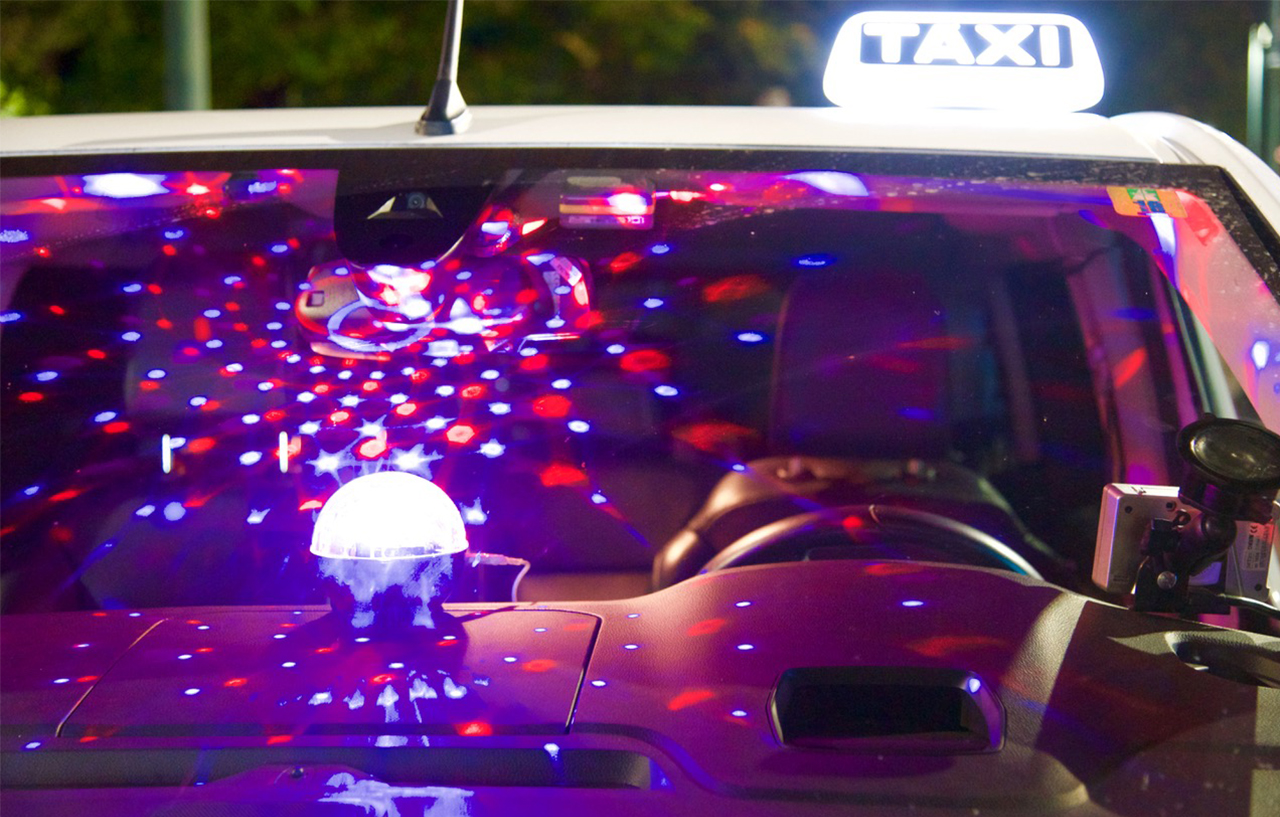 Norma Jeane
Norma Jeane was born in Los Angeles, city where Marilyn Monroe died in the night between August 4th and 5th 1962. By appropriating someone’s identity and renouncing to a specific gender and embracing plurality, NJ creates infinite ‘copy-paste’ versions of people whose characteristics co-habit and defy any possibility of existence. S/he is an artist without a body, without a personal biography apart from their artistic cv.