With renewed energy  TTB, Contemporary Locus and 23/C Art - FDE Festival Danza Estate - after the break caused by the pandemic - are resuming TAD Residency  in  the city of Bergamo (Theatre + Art + Dance).
TAD combines the will to carry on art experimentation and research via exchange, relational and sharing processes, with offering support to artists, who are the primary subjects of cultural activities, to which the pandemic has dealt hard blows. TAD Residency reiterates its invitation for a time of life and work sharing.


TAD Residency is a project born as a collaboration between Contemporary Locus , TTB - Teatro tascabile di Bergamo and 23/C Art1- FDE Festival Danza Estate. Goal of the residency is the unbound experimentation of trans-disciplinary practices, shared by the invited artists in Monastero del Carmine, transformed for the occasion in a large co-working space.
TAD Residency creates an exchange between visual arts, theatre and dance by inviting the residents to explore and experience - through unbound research with no production requirement - the relation and exchange between the different disciplines.
Moments of shared living, activities and daily actions make up the TAD Residency’s logbook, documented on social media with texts, images and videos in the residency’s diary.

By Contemporary Locus (Arte)
Meris Angioletti (Italy, 1977, lives and works in Paris). She studies photography from Cfp Bauer and at the Accademia di Belle Arti di Brera in Milan. She is currently PhD researcher to the Institut ACTE, Paris 1 Panthéon-Sorbonne. Rooting her career in the history of art and cinema, particularly the first forms of abstraction, as well as in cognitive science and psychology, Meris Angioletti’s works - audio, video, performance, collages, photographs, tapestries -  explore the mechanics of perception, memory, body and voice.
http://www.merisangioletti.com/

By TTB - Teatro tascabile di Bergamo (Teatro)
Cristiana Alfonsetti (Italy, 1975) BA in History and Practice of the Arts, Music and Performing Arts. She proceeded to practice as actress and performer in group theatre. Her training with Teatro Tascabile di Bergamo between 2004 and 2008, incisively affected her concept of spectacle as performance and her technical eclecticism. In her performances Alfonsetti creates moving images with body, voice and dramaturgy, a rigorous structure yet open to external elements.
www.cristianaalfonsetti.it

By 23/C Art- FDE Festival Danza Estate (Danza)
Camilla Monga (Italy, 1987) studied in Milano at Accademia di Brera and Civica Scuola di Teatro Paolo Grassi, then graduated at PARTS Academy in Brussels. Her dance practice is powered also by her studies and connections with musicology and visual arts. She has often collaborated with musicians, multi-instrumentalists and composer. In parallel to the choreographic creation she designs and conducts workshops in pedagogy of choreographic composition for children.
www.camillamonga.com 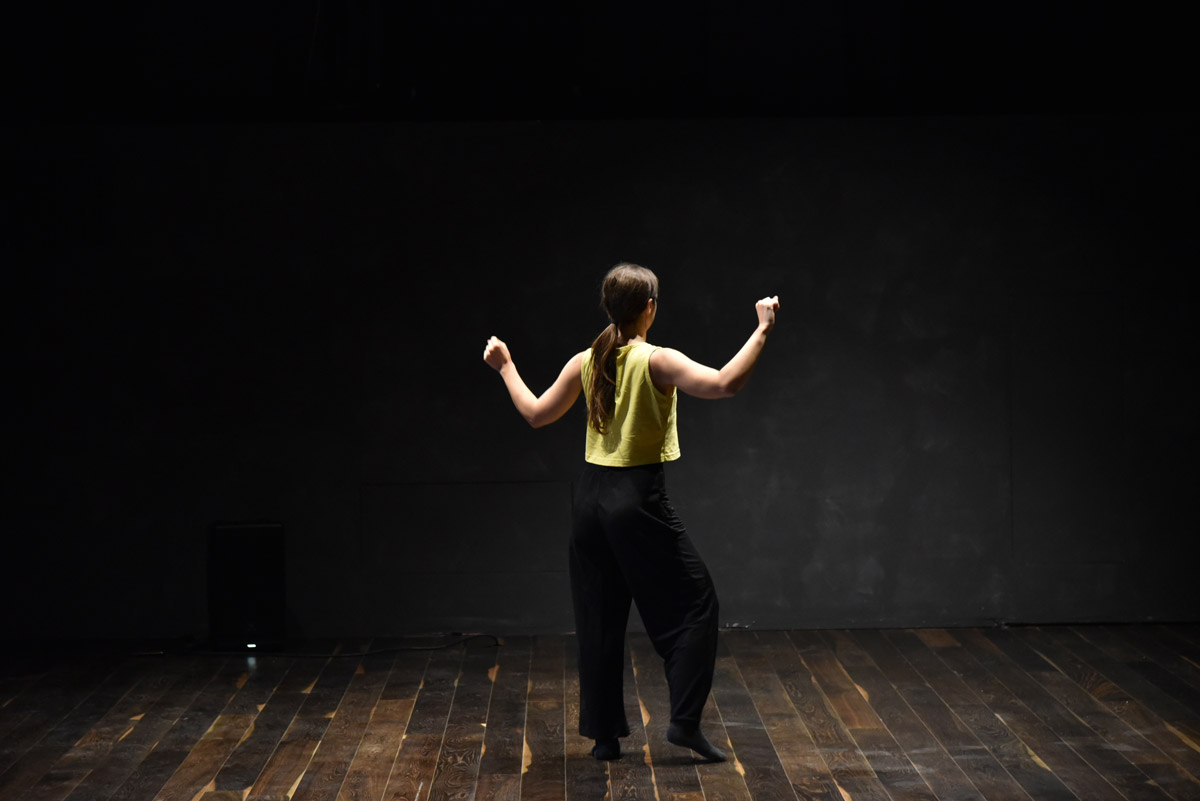 
CONTEMPORARY LOCUS
Contemporary Locus was created in Bergamo in 2012 to temporarily reopen disused, secret or forgotten places through site-specific works of art and projects by international artists. Our project is about composing a geography of spaces from different eras, identifying with each one a removed possibility of public life and collective cultural production - plus organising residencies, social projects, video productions and screenings, talks, publications and workshops designed for different ages and ableness. The association has realised 13 projects and 17 special projects, created TAD Residency and ArtMovie and set up a network of private and public institutions active on multidisciplinary practices, with visual arts as a starting point. In 2020, a complex year for Bergamo, Contemporary Locus edited a volume published by Quodlibet, documenting its experience, the work of the artists and the identity of the places. Also in 2020 the association won the Italian Council 9 award with the project Sparks by Francesca Grilli.
http://contemporarylocus.it

TTB TEATRO TASCABILE DI BERGAMO
TTB Teatro tascabile di Bergamo - Accademia delle Forme Sceniche was founded by Renzo Vescovi in 1973 following the model of the workshop-theatres of the second half of 20th century in Europe and of group theatres, whose work developed through the collective interactions among all their members, as was customary in the Renaissance art workshops.
Its two names, Teatro Tascabile di Bergamo and Accademia delle Forme Sceniche, reflect TTB’s double nature: the shows and its engagement with the territory on one side, the pedagogy and rigorous research on the multiple techniques of the art of the actor on the other. TTB is internationally renowned, it has been invited by the most important national and international festivals, in 43 countries and 4 continents. TTB has always been based in Bergamo Alta and since 1996 it is located in Monastero del Carmine.
https://www.teatrotascabile.org

23/C ART - FDE FESTIVAL DANZA ESTATE
23/C Art is a non-profit social utility cooperative working primarily towards the promotion of contemporary dance in the city of Bergamo, with which it has built a strong bond over the years through actions with the community and collaborations with various partners active in the culture, social and tourism spheres.
The cooperative organises workshops, courses and other initiatives addressed to sensitive segments of the population (differently abled, seniors and children) all year long.
The main 23/C project is Festival Danza Estate (Summer Dance Festival), an international contemporary dance festival curated by the cooperative since 2018 (initially created and run by C.S.C. Anymore starting in 1989). From its beginnings till today the Festival has marked a growth trail, which both supports and accompanies the audience’s refining of their sensibility to the language of dance, by exploring its diverse techniques proposed by Italian and international artists.
https://www.festivaldanzaestate.it