TAD RESIDENCY is a residency project that every year gathers together three artists coming from different disciplines: visual arts, theatre and dance. It aims at experimenting with trans-disciplinarity and practices of sharing through a residency in the former Monastero del Carmine.
On the occasion of the 2019 edition, CONTEMPORARY LOCUS, TTB – Teatro tascabile di Bergamo and 23/C Art have made a radical choice by inviting only one artist – Parvathy Baul (India, 1976) – whose practice reunites all three artistic disciplines.

The artists interprets in a contemporary fashion the artistic-mystic tradition of Bauls and presents her work to the public on June 12th at the Monastero del Carmine. The evening is the occasion to share the experience of the residency and discuss the shared  influences between theatre, dance and visual arts typical of the Indian tradition. The social media platformof the Residency becomes a journal that collects texts and images capturing moments of daily life, actions, improvisations.
The residency is part of Arcate d’Arte 2019, curated by TTB – Teatro tascabile di Bergamo, of Festival Danza Estate 2019, curated by 23/C Art and is part of the 2019 special projects by Contemporary Locus.

__TAD RESIDENCY 2019 / theatre, art, dance
PARVATHY BAUL (1976, INDIA)
Bauls are mystic minstrels from Bengala who constitute both a syncretic religious sect and a musical tradition. They are a nomadic and heterogeneous group, mainly formed by Indu Vaishnava and Muslim Sufi. The Baul tradition is included in the list of UNESCO Intangible Cultural Heritage. Born in a family of Bengalese brahmins, Parvathy Paul has studied Kathak, a traditional form of music and dance, and visual arts in Shantiniketan, one of the most famous student cities in North of India, before encountering the Baul tradition. Disciple of the major ‘gurus’ of the beginning of the 20thcentury, today she is one of the most renown teachers and interpreters of this artistic-mystic discipline that reunites music, singing and dance. Since the early 2000s she is professor at the International School of Theatre Anthropology (ISTA) directed by Eugenio Barba. 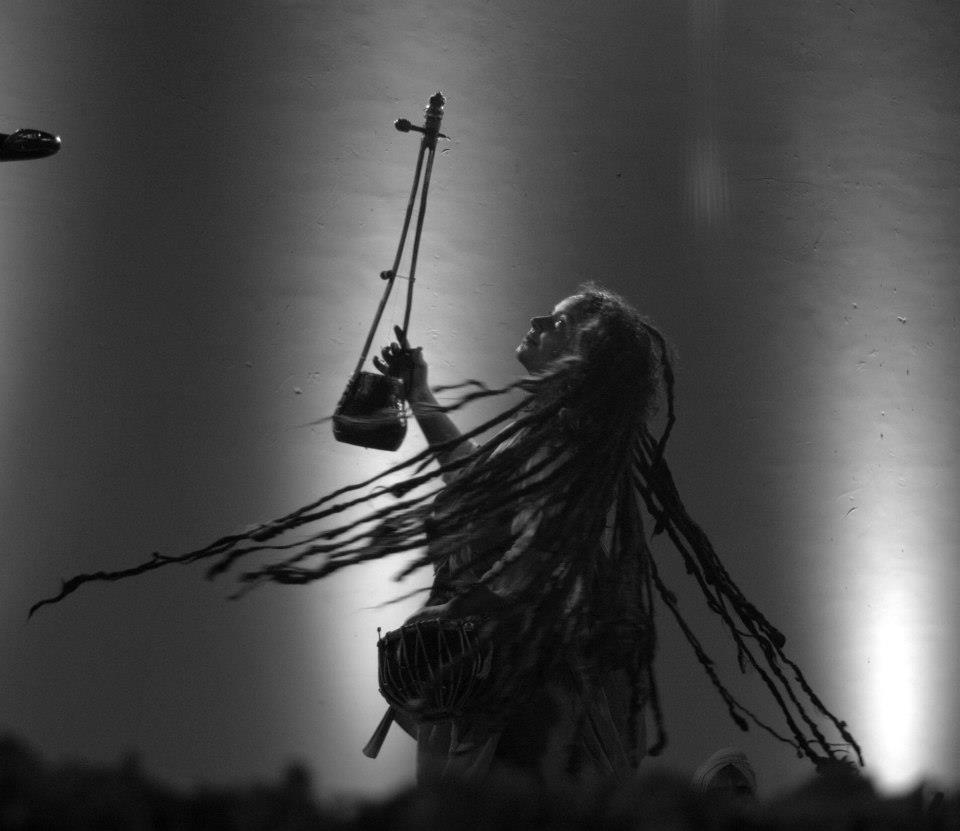 __THE LOCATION
The Carmine Monastery is clear evidence of the historic layers and their superimposition in the urban texture of the Upper Town. The building went through several construction stages, from the early XIVth century when the Humiliati friars had a church built over remains of the ancient Roman walls.
The church passed on to the Carmelites in 1357, to be renovated and enlarged one century later. It was then that the Monastery took on its layout.
The structure underwent ongoing renovations since the early XVIth century. The church of Saint Agatha of the Carmel, originally XVth-century, was given Baroque decorations by Giovan Battista Canina. The wings that hosted the friars’ cells also underwent modifications and renovations, and were lastly turned into the two current wide rooms at the eastern and the southern ends of the piano nobile.
The Carmelites abandoned the Monastery in the IXXth century and decay set in throughout the XXth century. It was only from the 1970s that structural works were carried out. The building was included in a detailed plan of recovery of the Upper Town, complying with environmental, cultural, and historical-artistic protection standards. A restoration plan to give the Monastery new functions, is still on hold. The cloister and some rooms on the ground floor, however, have been reopened and put to good use since 1996, thanks to the TTB – Teatro tascabile di Bergamo. The TTB headquarters are located here, and act as a research and education centre to promote contemporary theatre culture.

CONTEMPORARY LOCUS
Founded in 2012 in Bergamo, Italy, Contemporary Locus brings artistic projects to forgotten or abandoned urban locations, temporarily reopened with site-specific works by international artists. Contemporary Locus also organizes residencies, exhibitions and research projects, including talks and publications, and is committed to building a network of collaborations aimed at creating a dialogue between multidisciplinary practices.

23/C ART
23/C ART is a Cooperative founded in 2001 and renamed, at the end of 2016, 23/C ART with the aim of gathering all the cultural and didactic activities, mainly FESTIVAL DANZA ESTATE and its events.The festival, created in 1989 by C.S.C Anymore, is now almost entirely curated and produced by 23/C ART, which maintains the same artistic direction, staff and guideline of its previous editions.

TTB TEATRO TASCABILE DI BERGAMO – ACCADEMIA DELLE FORME SCENICHE
The TTB was founded in 1973 by Renzo Vescovi on the format of the Group theatre. Its work revolves around a continuous interaction of its members inspired by to the Renaissance artistic workshops. Since its origins, TTB has had its headquarters in Città Alta and, since 1996, in the former Carmine Monastery, where its activities explore contemporary research theatre and the actor’s dramaturgy, outdoor theatre, oriental theatre and dance. The group pays special attention to the transmission of its knowledge and experience to younger generations.
In 2016 TTB was awarded the Golden Medal by the City’s mayor for ‘contributing with unbiased attention, with its work and actions, to the prestige of the city’. 2019 marks the 46 years of the TTB activities in Bergamo.