The artists invited for the first edition the new residency programme TAD RESIDENCY are: Luigi Presicce (IT), Antonello Cassinotti (IT), Dominique Lesdema (FR).
The programme, initiated by Contemporary Locus with TTB Teatro tascabile di Bergamo and 23/C Art aims at experimenting with those interdisciplinary practices that constitute some of today’s most stimulating lines of artistic research.
The goal of TAD RESIDENCY 2018 is to create an open conversation between visual arts, theatre and dance, by inviting the artists in residence to experience an exchange between different disciplines and practices, in a context of complete freedom of experimentation and with no production or exhibition constraint. TAD RESIDENCY offers a large working space in the Monastero del Carmine, the assistance of a tutor and of the organisers, meetings and contacts with local art institutions and an Open Studios session (Friday 29 June 2018, 6.30 pm at the Monastero del Carmine), an occasion to share stories, professional trajectories and the experience of the residency.
The journal of TAD Residency will capture the participants’ daily lives and research activities through texts, images and videos that will be shared on the residency social page.

Luigi Presicce is the visual artist invited by CONTEMPORARY LOCUS: his work is based on a complex symbolism in which history, religion, iconography and folklore are intertwined.
Antonello Cassinotti is an actor and performer invited by TTB Teatro tascabile di Bergamo: through his body/instrument he explores the world of sounds and in particular the voice.
Dominique Lesdema, dancer and choreographer, is invited by 23/C Art: his dynamism is one of the distinctive elements of his style, an urban dance characterised by fast and fluid movements.
TAD RESIDENCY is part of the 2018 programme of CONTEMPORARY LOCUS and it is part of Arcate d’Arte 2018, organised by TTB Teatro tascabile di Bergamo and Festival Danza Estate 2018, organised by 23/C Art. 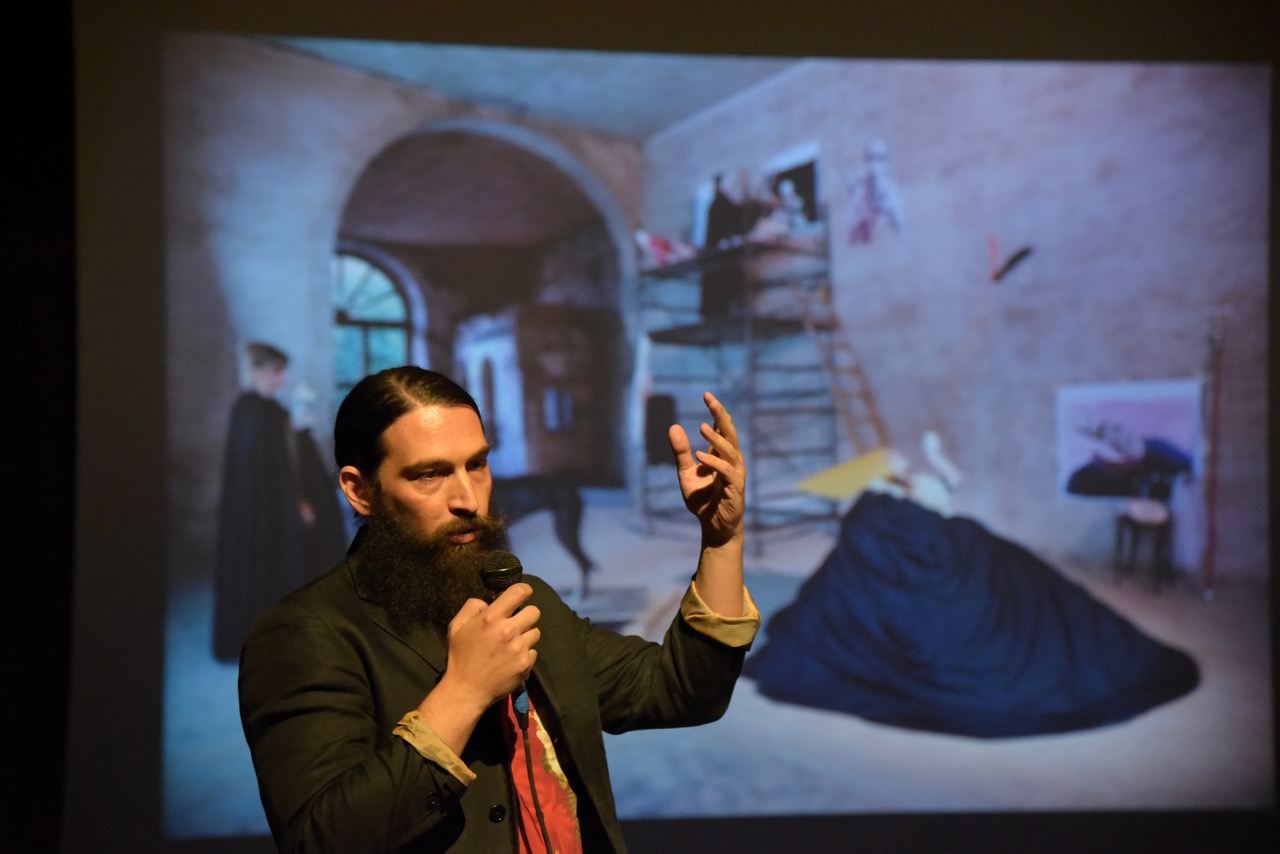 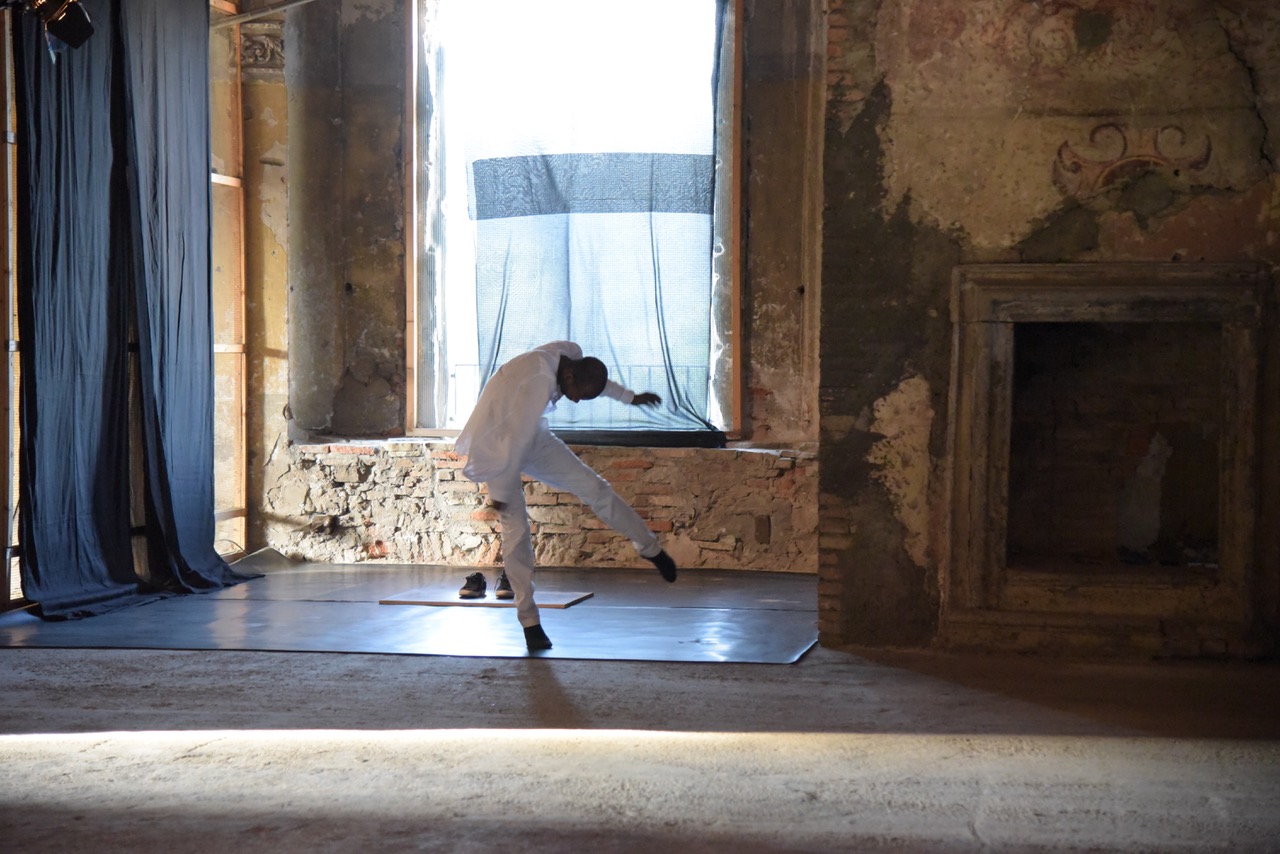 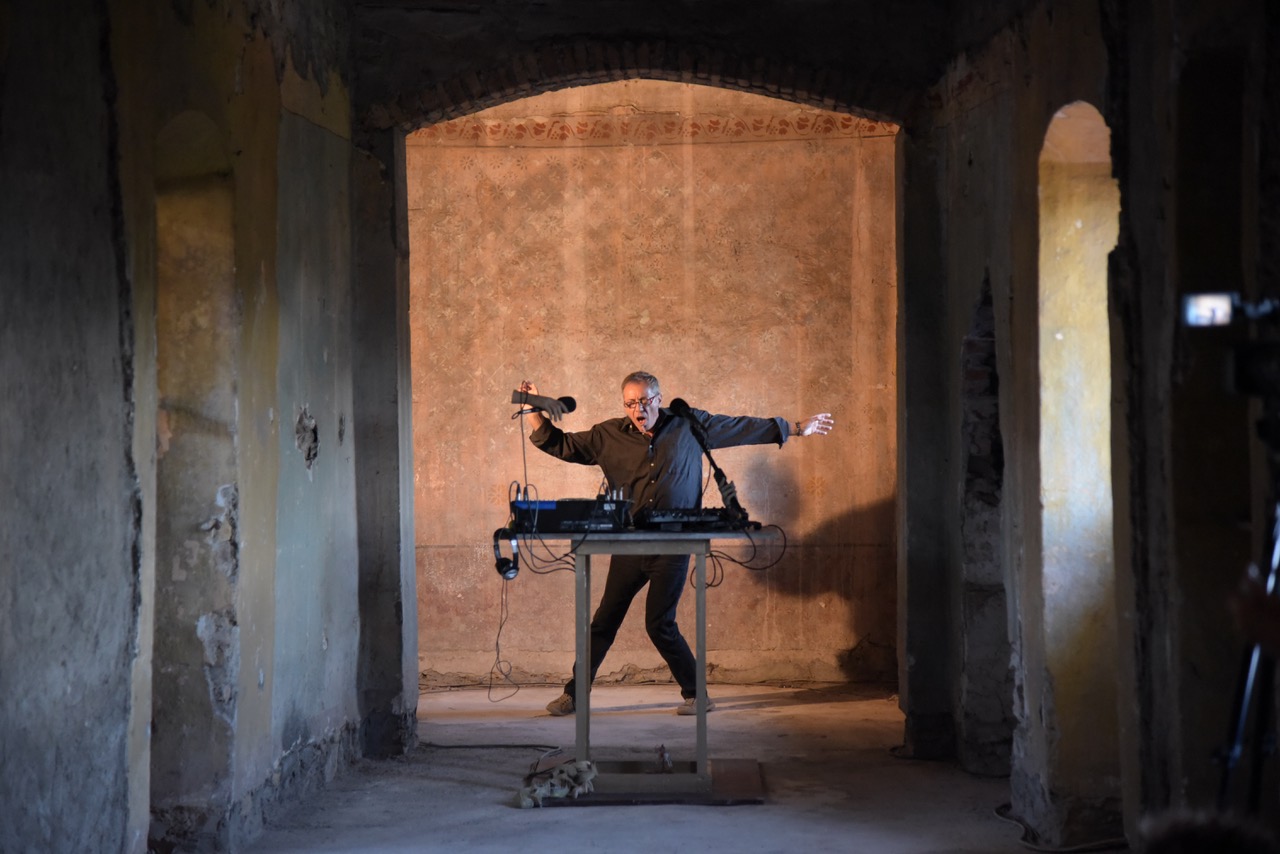 __TAD / visual arts
LUIGI PRESICCE (1976, Porto Cesareo, Lecce, IT)
The work of Luigi Presicce is based on a complex symbolism in which history, religion, iconography and folklore are intertwined. The artist creates performances (for individual visitors, for small groups, for occasional visitors or for children only) collecting memories, allegories, gestures and colours that are presented as the imaginary layers of his tableaux vivants. Alongside performance the artist works with painting and sculpture that enter his stage as props.
He co-founded Brownmagazine and Brown Project Space in Milan, Archiviazioni in Lecce, Fondazione Lac o le Mon in San Cesario, the Scuola di Santa Rosa in Florence, he is part of project Lu Cafausu and he contributes to the Accademia dell’Immobilità, a nomadic education project for young artists.
He has participated in numerous residencies including Artist in Residence at MACRO, Rome, where he extended his invitation to 9 other artists. He exhibited in national and international institutions, including dOCUMENTA13, Kassel; Festival Centrale Fies, Dro; Madre, Naples; Kunsthalle, Osnabruck. He is currently working in NY as part of the Artists Alliance Inc Studio Programme 2018.

__TAD / dance
DOMINIQUE LESDEMA (1964, Parigi, FR)
Dominique Lesdema began his career as dance with companies René Deshauteurs, Géraldine Armstrong, Wayne Barbaste, Mia Fryedel and collective Jeu de Jambes.
In the Parisian club scene at the beginning of the 1980s he discovers funk and jazz rock dance that soon become his main discipline and style.
As dancer and choreographer, he worked for French television and brands such as Nike and Oxbow. As teacher, he obtained several international awards, especially in Italy, Belgium, Holland, Japan and Germany, in the field of contemporary but House and Jazzrock dance.
Dominique Lesdema is known for his musicality and sensitivity. Dynamism is a key feature of his style, a dance permeated of nuances, fast and fluid movement, combined with a solide technique. Through his creations for urban dance company Stormy Brothers he expresses a fantastic universe where the agility of dancers meets his vision.
After years of teaching at the Studio Harmonic in Paris, in 2010 he founded his centre Studio Heart Point, where he currently teaches.

__TAD / theatre
ANTONELLO CASSINOTTI (1961, Vaprio d’Adda, Milano, IT)
Antonello Cassinotti is an actor (theatre and cinema) and perfomer. He explores with passion the world of sounds and voice through his body/instrument.
Each one of his pieces begins from either a visual or sonic imaginary element, put into relation with to the practices of movement. In 1996, together with Alessandra Anzaghi and Giada Balestrini, he founded the company delleAli Teatro, whose research revolves around the figure of the actor and its key role in the performative act. Cassinotti acknowledges the influence of Fluxus practices. Theatre pieces, performances, lectures and installation are part of a long journey in which the artist has tried to balance the presence and role of music (often live) and theatre (often dead). 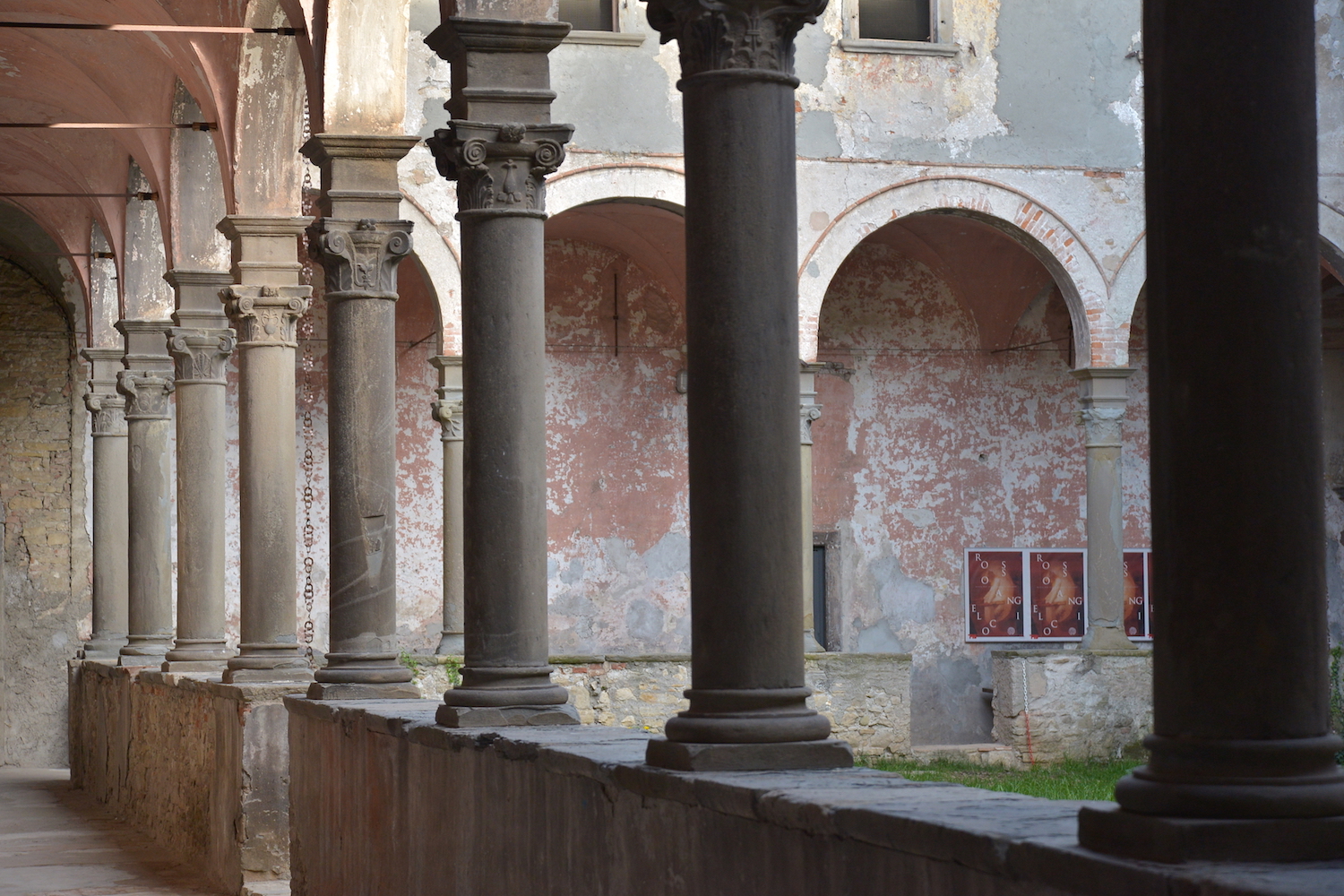 __CONTEMPORARY LOCUS
Founded in 2012 in Bergamo, Italy, Contemporary Locus brings artistic projects to forgotten or abandoned urban locations, temporarily reopened with site-specific works by international artists. Contemporary Locus also organizes residencies, exhibitions and research projects, including talks and publications, and is committed to building a network of collaborations aimed at creating a dialogue between multidisciplinary practices.

__23/C ART
23/C ART is a Cooperative founded in 2001 and renamed, at the end of 2016, 23/C ART with the aim of gathering all the cultural and didactic activities, mainly FESTIVAL DANZA ESTATE and its events.
The festival, created in 1989 by C.S.C Anymore, is now almost entirely curated and produced by 23/C ART, which maintains the same artistic direction, staff and guideline of its previous editions.

__TTB TEATRO TASCABILE DI BERGAMO – ACCADEMIA DELLE FORME SCENICHE
The TTB was founded in 1973 by Renzo Vescovi on the format of the Group theatre. Its work revolves around a continuous interaction of its members inspired by to the Renaissance artistic workshops. Since its origins, TTB has had its headquarters in Città Alta and, since 1996, in the former Carmine Monastery, where its activities explore contemporary research theatre and the actor’s dramaturgy, outdoor theatre, oriental theatre and dance. The group pays special attention to the transmission of its knowledge and experience to younger generations.
In 2016 TTB was awarded the Golden Medal by the City’s mayor for ‘contributing with unbiased attention, with its work and actions, to the prestige of the city’. This year marks the 45 years of the TTB activities in Bergamo.